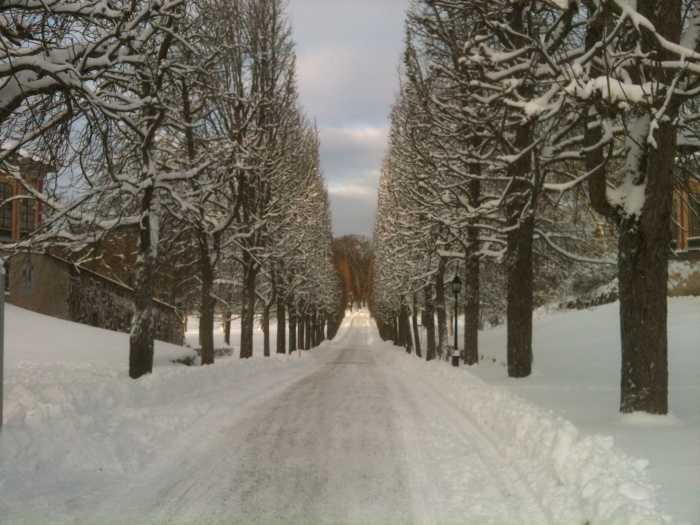 For the first 11 years of my life, I walked everywhere.

We lived in a smallish town and it generally never took more than 30 minutes to get from one part of it to another. We had no car and, although I also cycled quite regularly, Shank’s mare was the most obvious and often used method of getting from A to B. I loved crunching off over the hill in the autumn frost for each new year of school. In the summer, I would cast off my shoes and roam, hobbit-like, from home to the library to my friends’ houses and back again, carefully stepping around the broken glass and cracked tarmac of our slightly crumbling 60s landscape. My feet grew tough and people looked at me strangely. I took long walks at night; too young yet to understand the risk of doing so and not young enough to run recklessly into the dark forest behind our house. I became very good at picking out constellations and spotting the ISS and identifying the make and model of an aircraft by the sound of its engine.

I’m not a big believer in coincidence. The beautiful chaos of the universe being what it is, things occasionally occur in tandem without intent. But in life, as in writing, it’s always best to pay attention to the rule of three. My fingers have been itching to write all Christmas, but refusing to alight on a subject – instead I’ve been positively craving walks. Long, rambling ones that take you into the peerless cold golden glory of a midwinter sunset. Then, somewhat by accident, I came into the ownership of A Philosophy of Walking, and now David Mitchell is giving a gently heartfelt three minute soliloquy on 6 Music about the joys of walking. So I realise this is where my fingers need to trot and that my year is best summarised not by music, though that comes a very close second, and not by my top theatre shows, films or even by Facebook’s helpful summation (which led to little more than the conclusion that I ought to work less and take more pictures) but by the walks I have taken.

My own long held, and somewhat clumsily parsed, philosophy is that if you can’t be in your mind, you should be in your body. Which is to say, somehow more and less elegantly, that you should walk it off. For me, walking is usually (though not always) a sign of near boiling point – that I am nearing my tolerance for London, work, pain, deadlines or sleeplessness and I need to set out and keep going until I’ve burned it off. It’s very difficult to stay angry at the world when you’ve fully remembered your little place in it, and you’re feeling bodily exhausted. It’s also a grim sense of achievement, when you feel somewhat helpless. Most of the longest walks I’ve taken have been after news of a loss. When my grandfather died several years ago, I finished work and walked around Limerick city for two hours – to this day I still don’t know exactly where I went. The first time we lost a baby when I worked in neonatal intensive care, when my friend had a stroke, when I lost my job – all long, long walks.

But, as David Mitchell points out, walks are wonderful things. They’re for thinking and writing (thank god for the iPhone) and taking pictures and making calls and sometimes just going somewhere new when everywhere feels familiar.The ability to set out with no destination in mind is a luxury in the frenetic slipstream of city living. There’s a sanctity in feeling disconnected, in knowing that 3G is patchy at best in the middle of Epping forest and that, right now, this carpet of leaves and the way the last rays of the sun are slanting across that meadow so perfectly that there’s no point in trying to capture it – best just to look – are all that matter. Walks remind you what season it is and how much fun it is to just explore those places that pique your curiosity, that you would pass by on your commute. How pleasant it is to be alone, and yet how lovely to walk down the beach with a friend, finding shells and animal jawbones and the detritus of architectural ambitions. There’s the oldness of forests and hills and the ocean, and the newness of everything jumbled alongside them. There’s a cadence and a silence and the absolute conviction that you are, in that moment, alive. Walking is, inescapably, philosophical.

In looking back over my pictures of the past year, I realised that I walk far, far more than I’d imagined and I only wish I hadn’t turned off Apple’s more stalkery functions so that I could see just how winding, intertwined and repeated my routes have been. I’m sure this is neither uncommon nor particularly revelatory, but I thought I would share some of my favourites, in vaguely chronological order.

St. Stephen’s Day (Boxing Day), and a brisk circuit of the dolmen and a brief wander around the surrounding karst landscape, knowing that it was the last I would see of Ireland for quite some time. This is 6,000 years old and standing firm.

Suddenly had enough of London, booked a train an hour in advance, found an enterprising friend willing to partake in the madness, and spent a few hours scaling some incredibly muddy and flooded cliff paths before watching the sun set from the pier beside an abandoned railway station. You can’t ask more of life, really.

One of those long, rambling, roaming, catching up with an old friend sort of days. Sometimes it’s just nice to remember that London has lots of hidden secrets too. The Old Operating Theatre by London Bridge is oddly one of the best kept and a brilliant visit, if you can stomach the sight of 150 year old obstetric equipment. Ask any of the staff and you’ll get an incredibly detailed talk on operating techniques and herb lore. I don’t think we even started out with a destination, but we finished off in King’s Cross. When they’re not blocking the escalator you’re using, it is endearing to see how (literally) magical visitors do find London, and how remarkably congenial the staff who run the Platform 9 3/4 photos are.

So, here’s a weird fact – graveyards are my favourite places. I could easily write an essay on how perfect they are for walking in; peaceful and old and mindful, like time has pooled so much in one place that it doesn’t even matter anymore. Wonderful. Brompton was second last on my list of London’s magnificent seven garden cemeteries (just Nunhead left), which I’ve been making my way around for the past few years. It’s got a wealth of architecture and an avenue of trees that sound like the ocean on a windy day. I was working 3 jobs at the time and needed to go somewhere and just be for a while. 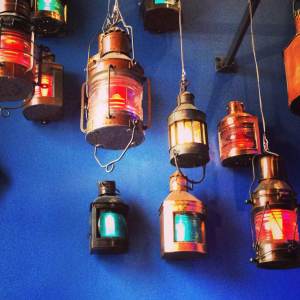 A visit to the Ships, Clocks and Stars exhibition turned into a ramble, because I’m incapable of staying away from the Royal Observatory. A few years ago, I walked from London Bridge to Greenwich and it’s still among my favourite things I’ve ever done in London. There’s such a wonderful industrial hinterland along that section of the Thames, jammed up against new residential developments – the way the old dock cranes and warehouses suddenly give way to glass and steel and the little hidden bits of wilderness you find along the way is so very worth seeing before it’s gone.

Followed the light in the sky. We are not so unlike the birds.

This is the middle of London. We live in the city that pioneered the concept of urban open spaces. You can walk from Marble Arch to Kensington Palace without having to cross a road.

We followed the lingonberries. Never has a human being been more delighted than a 20 month old who’s been told it’s ok to eat the red stuff she’s picked up from the ground.

This is a beautiful bit of the world, and I walk it often. Make sure you go to Connaught Water and have tea at Butler’s Retreat.

My flatmate and I started at Leyton Flats and tried to walk as far north as we could without leaving the woods – which go from there in one marvellous, continuous strip as far as Epping town. We ran out of daylight before we ran out of forest. We even got a bit lost, which I never normally do. It was fantastic.

East London is a big old sprawling mess, and if anything stands still long enough, someone turns it into art. I adore it and I walk here more than anywhere else; never needing a map. 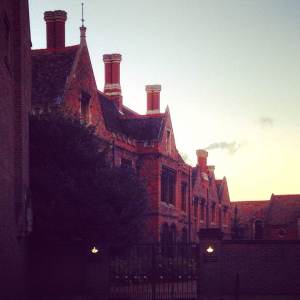 Being from the country, the impulse to get out of the city is often sudden and strong. Cambridge truly looks like it fell out of a novel sometimes (it’s rather more likely that it fell into one…)