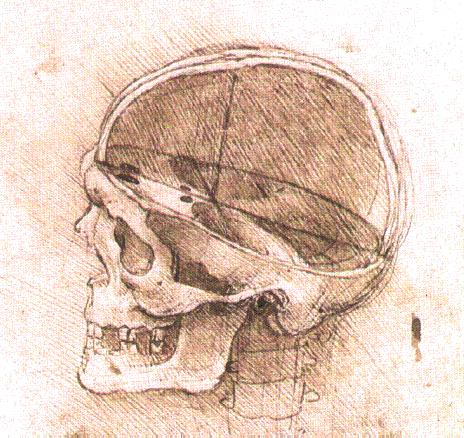 There is a man. He is in a play. And everyone has utterly lost their shit. I mean wholesale, clambering over each other for first grab, taking surreptitious photos in the theatre, following him from the stage door to his car, madness.

In a (hopefully not) precedent-setting fit of keeping up with the Joneses, The Times sent Kate Maltby to produce a star rated review of the first preview of Benedict Cumberbatch’s Hamlet, and the Daily Mail slimed along not far behind, while the Telegraph generated the ‘first look’ that seems likely to be what Maltby has since referred to as “a rival paper cutting some kind of deal and producing favourable coverage in return for some really rather good access”. The Telegraph’s (or, you know, anyone’s) editorial decision making aside, the last time I checked that was known as publicity; not criticism, and not a reason to go thundering in and review a play the very first time it takes to the stage. But don’t worry, Maltby reassures us that she’s only commented on “some of the structural decisions within the production”, as to do anything further would be unfair. Well thank god for that, and our universal access to such incisive and necessary criticism. Oh wait…

The battle lines over whether or not it’s acceptable to review previews were by no means drawn here, but this does seem to be the first time a national newspaper has overstepped the bounds so blatantly, and The Times must find itself now wandering confused and conspicuously red trousered in the realm of the bloggers and online critics who usually argue against the traditional structure of previews followed by a press night. Personally, I’m not really for reviewing previews because theatre isn’t, as some people seem determined to treat it, the same construct as a film, book or painting. It’s not actually complete until you put it in front of an audience. It’s a living thing that changes, reacts and adapts, sometimes massively (and yes, Kate, structurally) between first preview and press night.

Possibly the most irritating part of the whole fracas has been the media’s eagerness to preview, and subsequently review the audience in FANS QUEUE FOR THEATRE TICKETS SHOCKER. Err… haven’t most of us queued for tickets to a play or a gig or football or something? It’s this weird Othering of people who’ve paid £80-odd to see a production solely because they like the lead actor as though no one has ever shelled out for anything they’re a bit nuts for that I’m not really on board with. It’s theatre’s sanctimonious self-importance that seems to cause this – paying that much to see a favourite singer or sports personality doesn’t so much as raise an eyebrow, but heaven help you if (someone assumes) the art, dahling, isn’t your primary reason for going to see a play.

So, I live with a Cumberbatch fan. (hi Mirri!) She holds down a job and pays the bills and everything, though god knows how, since according to most sources she must spend her life alternately queuing and shrieking. Our flat isn’t even wallpapered with his face – in fact the only concessions are a skull on the mantelpiece, an artfully framed section of the BBC-famed wallpaper in our living room and frequent airings of John Finnemore’s radio comedy Cabin Pressure, which are frankly as likely to be coming from my laptop as hers. In fact, Mirri knows a fuck of a lot more about Shakespeare than I do (her MA thesis was The Lost Boys: Masculine Confusion and Anxiety in Macbeth), so I wouldn’t consider myself in a position to judge her ability to go and watch some. Particularly given that I and my lack of theatre education go around punting opinions about theatre on the internet and she doesn’t.

In reality, we go to the theatre together all the time – because her answer to “do you want to come and see this crazy Russian thing, I’m not quite sure what it is?” or “Um, it’s some songs inspired by King Lear, I think?” or “we’d have to go to Battersea even though it’s raining and we won’t get back home until after midnight but there’ll be glitter?” is always yes. (It’s also her answer to a WhatsApp abruptly asking if you can write an article about her, while she’s on holidays no less. Seriously, A+ flatmate.) And yes, we are going to see Hamlet later this month precisely because Mirri was willing to queue on two separate devices and nearly miss a flight to nab tickets for it when they went on sale. Just as we are going to see Tipping the Velvet in September because, so help me, there wasn’t going to be a stage adaptation of a Sarah Waters novel that I didn’t go to. It’s ok to like things. Really. I promise.

So I didn’t send her this steaming heap of journalism when I first saw it a few days ago, mostly because I rather hoped it would go somewhere quiet and die, but also because it managed to have exactly no clue about… well, anything ever (except the Daily Mail’s approach to photojournalism, which it unexpectedly nails in the first tip).

However it came across her radar anyway:

Her latter point answers a question the theatre community seems to spend a lot of time wringing its hands and asking itself. Why do we struggle to attract new audiences? Why do people feel that theatre isn’t welcoming? Now I’m struggling not to come over too sarcastic, but maybe it’s because journalists a) assume people like Mirri have never seen the inside of a theatre before because they’ve been spending too much time lying in a tiny ball pit refreshing Tumblr and wearing a Sherlock scarf and b) follow people whose first theatregoing/Shakespeare experience happens to be because of a star name around like wildebeest on the fucking savannah, asking them stupid questions and hoping they’ll give inane or crazy answers so we can pounce. Bit of a tough break when it turns out they’ve both heard of and had Hamlet tattooed on their arm. [warning: Mail link]

Irene Ellis just saw Hamlet for the first time lastnight, for which she prepared by watching some 60 second versions on YouTube, including a Lego one. (LEGO HAMLET YOU GUYS! I think Shakespeare would legit be dead chuffed. Brevity is the soul of etc…) And now she’s been on Radio 4. That’s ace. Undebatably, just ace. Not fodder for smarmy, mealy-mouthed conjecture on what Hamlet audiences should and shouldn’t do or think or say or tweet.

In the absence of ‘5 Tips for Journalists Going to Watch Cumberbatch in Hamlet’, I’d like to offer what we internet weirdos call Wheaton’s Law, or Common Fucking Sense: don’t be a dick. Ironic that only one group of people are breaking it at the moment.